When I was 21 years old and graduating from college, my mom and dad sent me to Los Angeles to spend a week with my uncle Jim and aunt Bobbi as a graduation gift. Candidly, it seemed like a weird gift as I didn’t know them well, but off I went from small town Missouri to California.  Within a week, I knew I had met my best friend.  The word “soulmate” is overused but my uncle Jim was mine.  Fast forward a few years later and I moved to LA, working for Magnet LLC, and rented an apartment down the street from Jim and Bobbi’s house.

I literally spent every spare moment with Jim and Bobbi.  They were some of the best times of my life. Jim was also in the promotional products industry.  Jim started his career with Hazel, and eventually worked with some of the top promotional product distributors in LA; spending time at both Idea Man, and then later at Promo Shop.  His mentorship to me both professionally and personally was amazing, and over the course of my time in LA, we became very close.  So close in fact, that Jim became an ordained minister so he could marry me and my wife Kristy.  Any time I needed advice or just hang out, Jim was there, and then one day…. he wasn’t.  In January of 2014, his life was taken way too soon by Pancreatic Cancer.

In a small but meaningful effort to end this horrible disease, Liv2 is directing 1% of the purchase price for the LiV2Learn course to the Pancreatic Cancer Action Network (PanCan) in an effort to  help find a cure for pancreatic cancer. Please go to pancan.org to read more about this amazing organization and the great work they are doing.  All donations will be paid forward and made in Jim's name.

Together, we WILL make a difference. 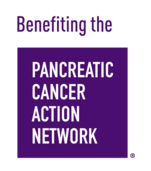